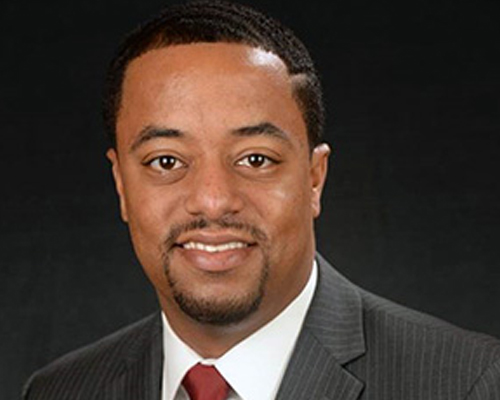 Emile C. Thompson was appointed to the Public Service Commission of the District of Columbia by Mayor Muriel Bowser in 2021.

Prior to the Commission, Commissioner Thompson was an Assistant United States Attorney in the U.S. Attorney’s Office for the District of Columbia. As an AUSA, he prosecuted homicides and served as a supervising Deputy Chief in the Misdemeanor Section. He was also served as a Principal Member on the DC Water Board of Directors since 2016. While on the Board, Commissioner Thompson chaired the Human Resources and Labor Relations Committee and served on the Governance, Strategic Planning, and DC Retail Rates committees.

The Commissioner began his career as a clerk for the Honorable (Ret.) Herbert B. Dixon, Jr. of the Superior Court of the District of Columbia. He also served in the Mayoral Administrations of Vincent Gray and Muriel Bowser.

Commissioner Thompson graduated from Morehouse College with a degree in Computer Science and minors in Math and Biology. His law degree was conferred from Wake Forest University School of Law.