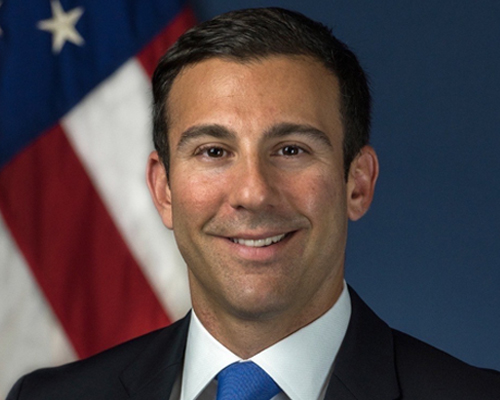 The Hon. Jeff Marootian, Special Assistant to the President for Climate and Science, The White House

Jeff Marootian is the Special Assistant to President Biden for Climate and Science Personnel. He was a member of the Biden-Harris Transition Team and previously served in the Obama-Biden Administration as the Assistant Secretary for Management and Chief Sustainability Officer at the United States Department of Transportation. Jeff served as the Director of the District Department of Transportation (DDOT) in Washington, DC from 2017-2021 and was the District’s representative on both the WMATA and Union Station Redevelopment Corporation Boards of Directors.

During Jeff’s tenure as the Director of DDOT, the agency modernized over 200 miles of roads and sidewalks and advanced critical infrastructure projects such as the reconstruction of the Frederick Douglass Memorial Bridge. Jeff is credited for working to expand the network of dedicated transit and bicycle lanes, piloting emerging technologies to reduce congestion and carbon emissions, and launching creative community-based programs such as Open Streets. During his tenure the District was also an early signer of the Transportation and Climate Initiative regional collaborative.

Jeff is an alumnus of The George Washington University where he also serves as an adjunct faculty member in the Trachtenberg School of Public Policy and Administration.