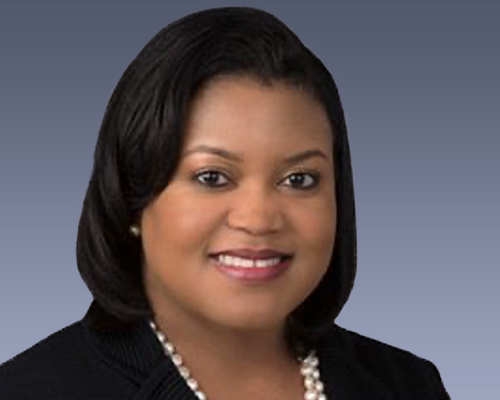 Colette is a member of Reed Smith’s Energy and Natural Resources Group resident in the Washington, D.C. office.* Colette is a highly regarded thought leader and practitioner in domestic and international energy sectors. Colette recently served as Commissioner at the Federal Energy Regulatory Commission (FERC). She was nominated by President Barack Obama in August 2014, and unanimously confirmed by the U.S. Senate in December 2014 for a term that expired in June 2017. At the firm, Colette is a trusted advisor and counselor to several Fortune 500 energy companies, investor- owned utilities, renewable energy and technology companies.

As Chairman of the PSC, Colette was charged with ensuring safe, reliable and affordable retail electric service. During her tenure, Arkansas led the South and Southeast in comprehensive energy efficiency programs, modernized its net metering rules, and electric rates were consistently among the lowest in the nation. Both state and federal regulatory appointments culminated in nearly ten years of regulatory experience in key leadership roles.

Colette is past president of the National Association of Regulatory Utility Commissioners, where she focused on pipeline safety, reliability, resilience, fuel diversity, and workforce diversity. She has testified before Congress on multiple occasions on a range of energy issues.

Prior to joining the Arkansas PSC, Colette served as chief of staff to the Arkansas Attorney General and as a member of the governor’s cabinet as Executive Director of the Arkansas Workforce Investment Board. Her previous employment includes service as a consumer protection and civil litigation attorney, and as a senior assistant attorney general in Medicaid fraud before serving as an adjunct professor at the University of Arkansas at Little Rock School of Law and Special Judge of the Pulaski County Circuit Court.

Colette is a Senior Fellow with the Bipartisan Policy Center; a Strategic Advisory Board Member of the international Energy Regulators Regional Association; a member of the Global Advisory Board for the Energy Futures Initiative; an independent director for the Southern Company Board of Directors; an Ambassador for the Clean Energy Education and Empowerment Initiative, an effort co-led by the U.S. Department of Energy and the MIT Energy Initiative formed under the auspices of the International Clean Energy Ministerial. She has also served as a Nonresident Senior Fellow with the Brookings Institution’s Energy and Climate Initiative, and has held previous appointments to the National Petroleum Council and served as Chair of the Department of Transportation’s Joint Technical Advisory Committee for the Pipeline and Hazardous Materials Safety Administration. A native of Arkansas, she is a graduate of the University of Memphis and received a Juris Doctor from the University of Arkansas at Little Rock School of Law.

*Practice in District of Columbia is limited pursuant to DC Court of Appeals Rule 49 (c).